Hit Pause and Enjoy Free Shipping on All Orders!

How to Stop Picking Your Cuticles

Welcome to Season one of my self-care series: Physical Self Care. You may see "bloody fingers" and suck a quick breath in and want to look away, but I would like to raise awareness on this topic and the effects it can bring.

Here's a segment to the bloody fingie committee.

I've had bloody fingers for as long as I can remember. I was amazing at hiding them. It interfered with my work life, social life and self-esteem. I carried band aids with me in my purse everyday for when things got out of hand. It wasn't until recently that I've started addressing this situation and analyzing why it happens. Self harm? OCD? Anxiety? Can we even put a name on it?

Compulsively picking your skin is medically known as Dermotillomania or Excoriation disorder.

Apparently, we can. Compulsively picking your skin is medically known as Dermotillomania or Excoriation disorder. As of now, it is classified as an impulse control disorder and is also sometimes referred to as a body-focused repetitive behavior. Whether its the face, arms, bottoms of the feet, or anywhere else, sufferers from this disorder tend to focus on a spot and become obsessed with picking. For me, it was my cuticles. 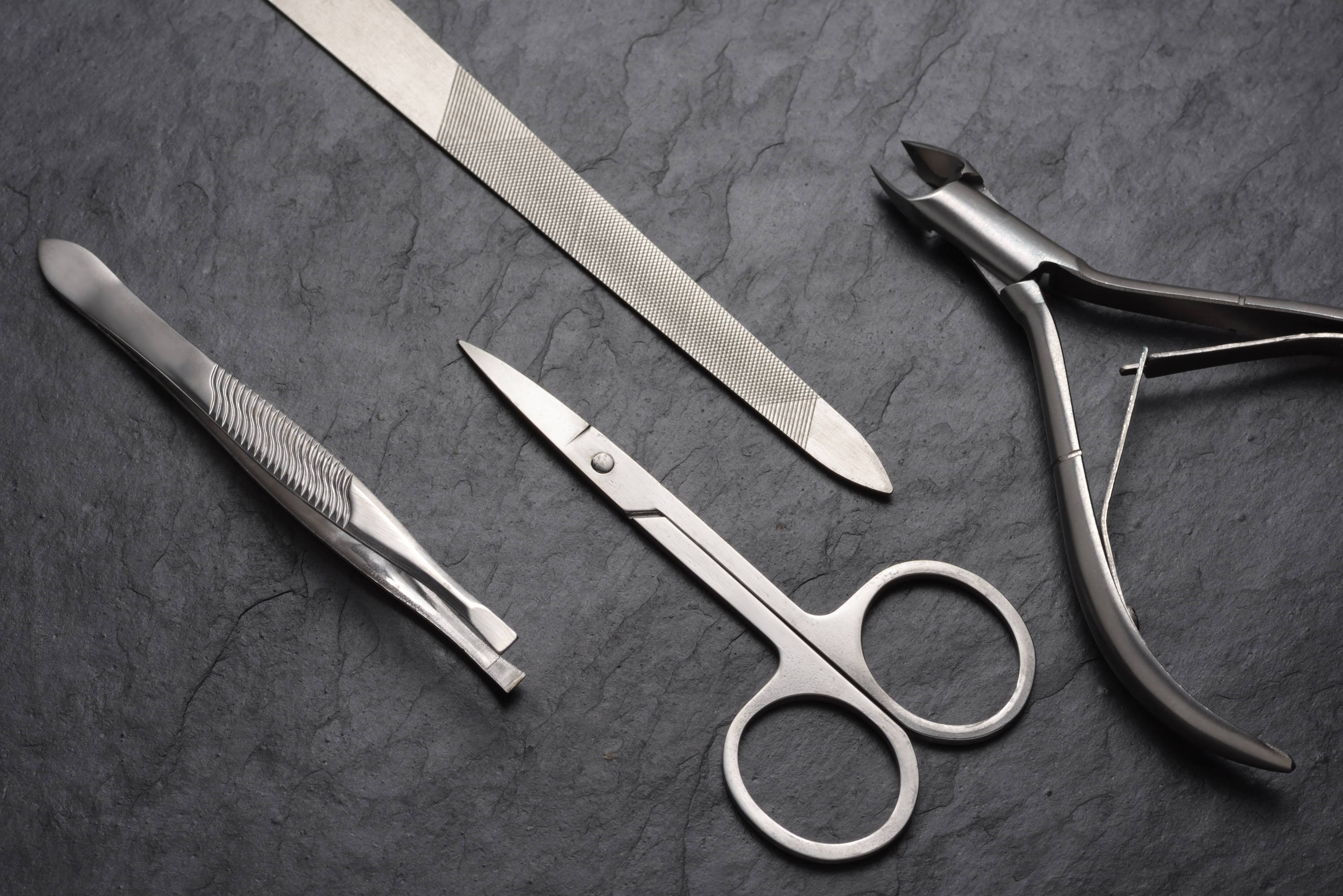 According to psychology today, this picking disorder affects "1.4 percent of the total population, and approximately 75 percent of those affected are female". I knew I wasn't alone, heck I personally know two women who have the same bloody picking issues as I do. But just because other people do it, does not make it okay.

To those who are also struggling, you will know that its painful, embarrassing, and also opens a door to infection. After many years, my cuticles did end up getting infected. After going to the doctor I found out I had a mild case of periungual warts... It sounds disgusting right? Warts are what the nerds get in grade school! The doctor told me I was washing my hands too much and that the soap was damaging my cuticles. He told me to keep them moisturized and stop picking.

This is SO much easier said than done. I remember if my dad would see me pick he would say "just stop!" But for someone who has this disorder, you can't just stop. You would like to stop of course, but it's not that easy.

Sometimes we pick without even knowing it. Sometimes the picking is a huge stress reliever. Sometimes if there is just that little patch of imperfect skin, we can't stand it. It has to go. We want smooth skin so any abnormal texture has to be picked off.

For me it was a never ending cycle. The more I picked, the more abnormalities my skin would get. The skin would get thick, calloused, dry, and a day later, perfect picking material. Some good news is that our hands are wonderfully resilient and heal very quickly if taken care of. I still have setbacks every once in a while and a definite desire to pick, but for the most part my skin picking days are over. I would like to share with everyone a few things that helped free me from this embarrassing habit. 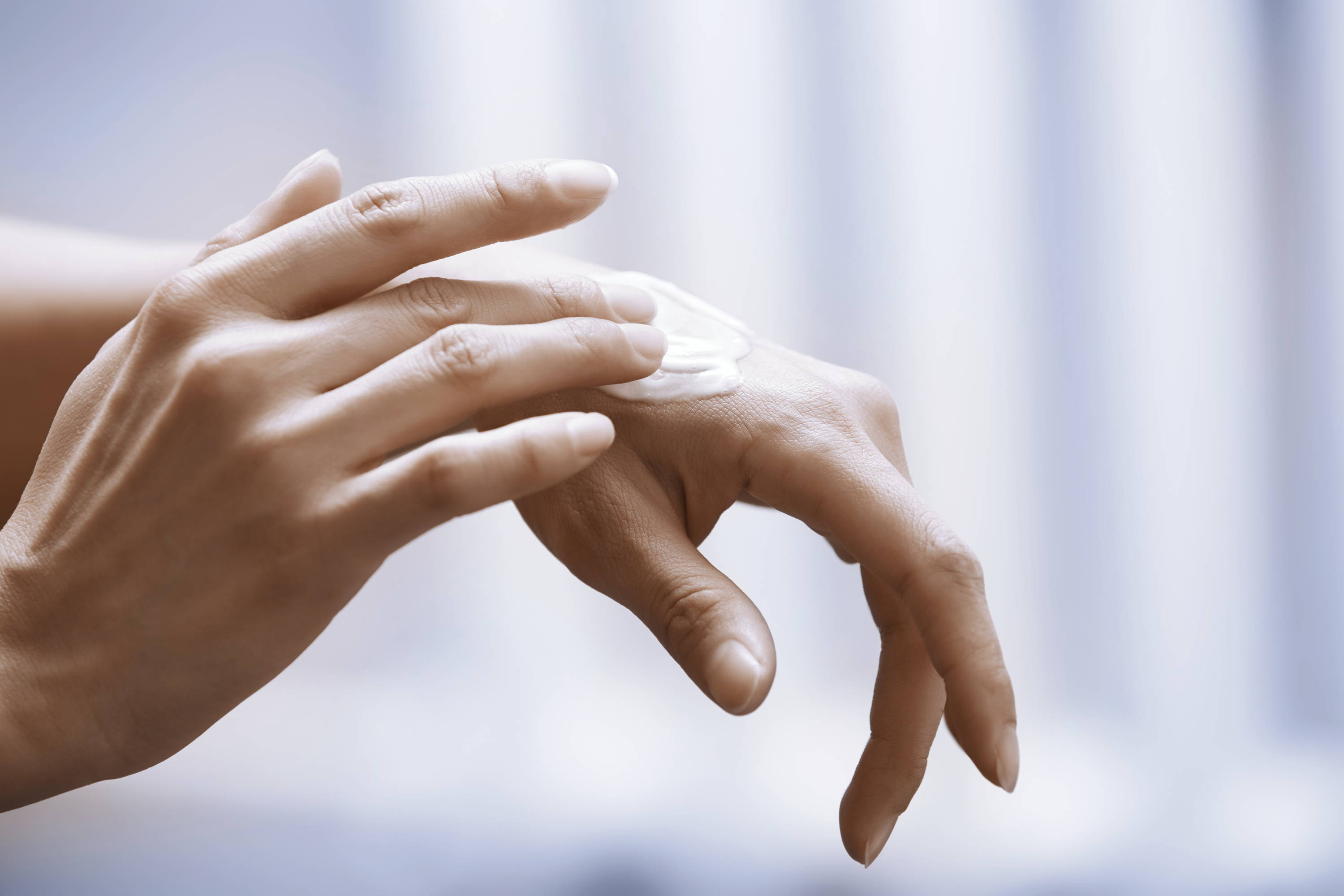 Cuticles and hands need to be nourished. I bring lotion, cuticle oils, and cuticle balms with me everywhere. As I type these words on the page I can only laugh at myself because I have replaced one obsession with another. At least this obsession doesn't make me bleed right?

This tip has helped me to stop picking because usually I would start to pick when I realized I had a little piece of skin protruding up, maybe a small hangnail, or a dry skin patch. When cuticles are moisturized, those patches are far less.

Here is a huge key to all those with OCD and can't stand any rough spots on their skin. Take a light file or buffer with you everywhere and gently buff out the ruff spots on your skin. This is mainly if you have a history of picking and have lots of rough spots on and near your cuticles.

For me this is the only thing that gets me to feel better about my cuticles and not have to pick them. This process, however requires mindfulness and carefulness. If done too much, the skin may become raw, so be gentle and only buff a little bit to get the extra dead skin off. After buffing or filing, wash your hands and then immediately apply cuticle oil. Your welcome.

Gloves gloves gloves. We currently do not have a dishwasher, so we wash all of our dishes by hand in the sink. One thing I never did was wear gloves when washing the dishes. Dish detergent is extremely drying and just not good for skin in general.

In addition, on cleaning days when I would use bleach or other harsh chemicals, I also wouldn't wear gloves. Pair that with hot water everyday and I was just asking for sad and upset cuticles. Now I protect my skin by wearing gloves whenever my hands have to come in contact with anything harmful. 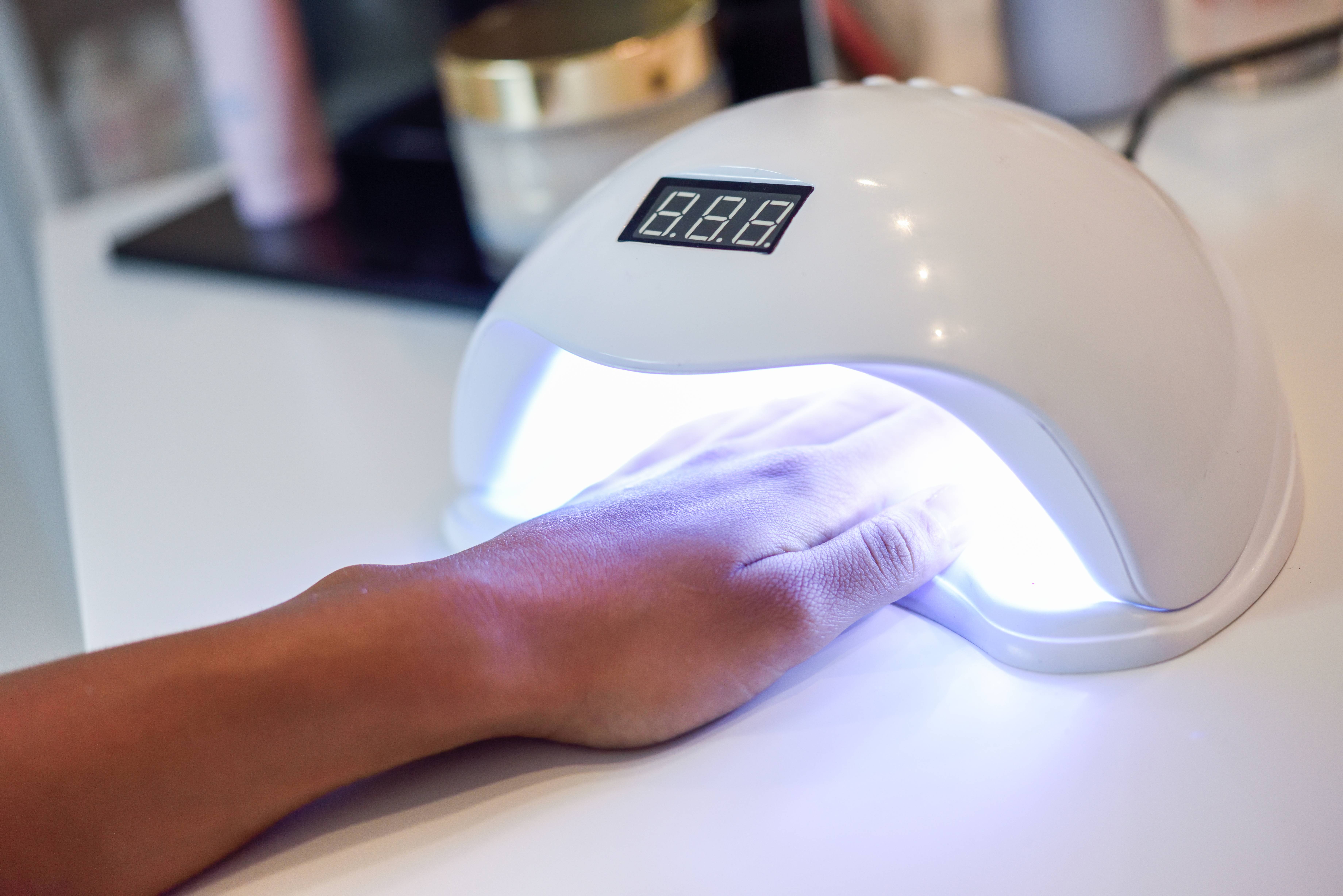 I have concluded that I am someone who has to always have their nails done. I prefer gel. Why? The gel polish thickens the nail and gives them a blunt edge. With nails like that, I am simply no longer able to pick. When my nails look pretty, I take pride in them. I like to show my hands instead of hide them in my fists. This is by far the best thing I can do for myself as a "picker". Getting one's nails done (especially gel) constantly sounds like a big paycheck right? I actually do my own, so it's not expensive at all. I have my own UV light, and I buy all my polishes online.

Going from hiding to flaunting.

According to the founder of OPI, nail care is an important part of self-care and I can not agree more. Colors are a way of self expression. We can feel playful, sophisticated or even sexy, just with a color. Having polished nails are a way of saying "I care about myself".

But most importantly, I do my nails for me, because I'm the one that sees my hands 24/7. By having my nails done I show myself respect and love. I deserve it, and so do you. If you know of anyone who struggles with this or who belongs to the bloody fingie committee please share this article with them. To improve self esteem, practice self-care, and ward off infections, we all should practice proper nail care.

Are you a picker or know someone who is? Share your story with us! Shoot me an email, I'd love to chat.

Be sure to follow me on IG for raw daily footage.

I love you all and have a great day!

CHECK OUT OUR HIT PAUSE GALLERY 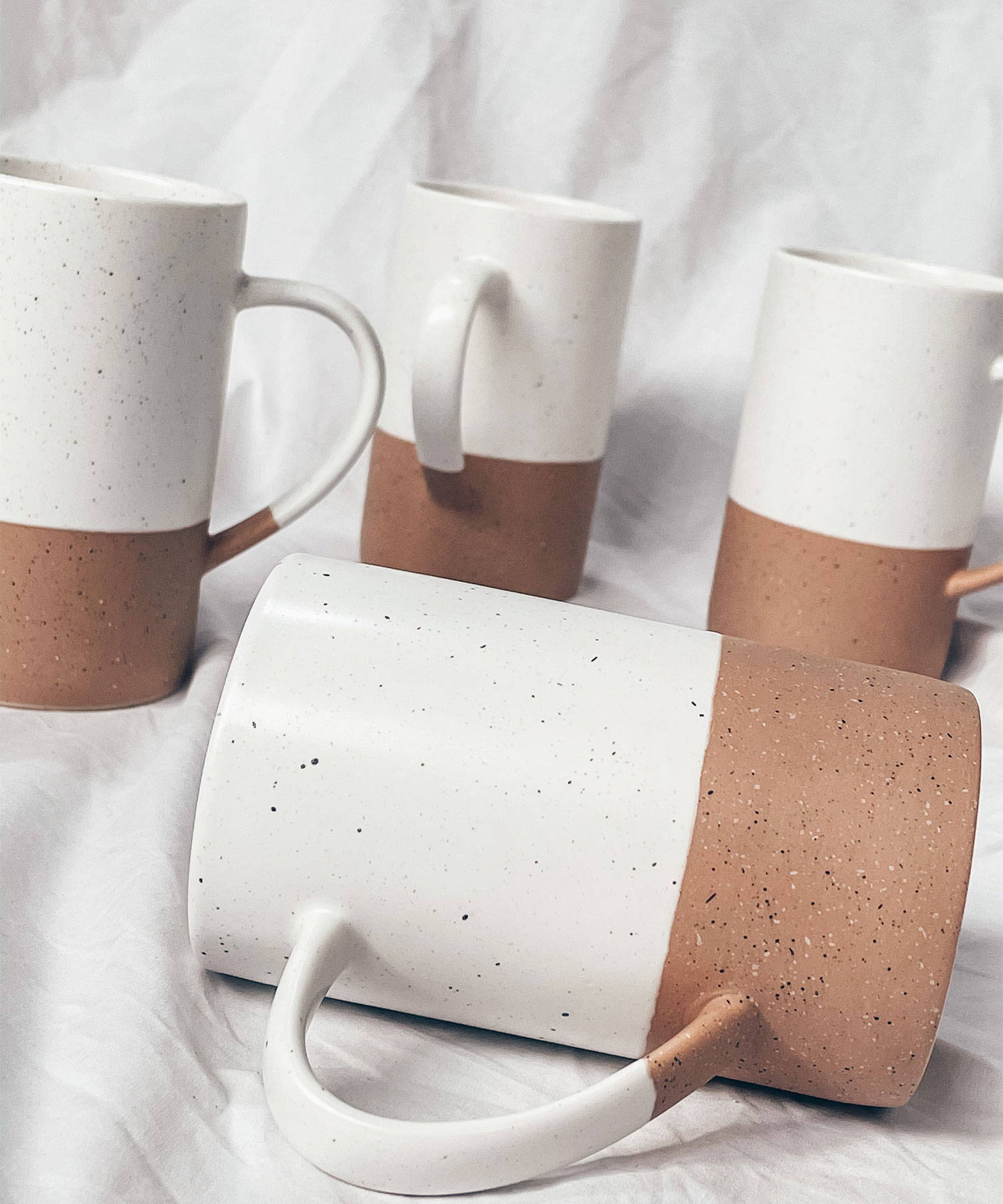 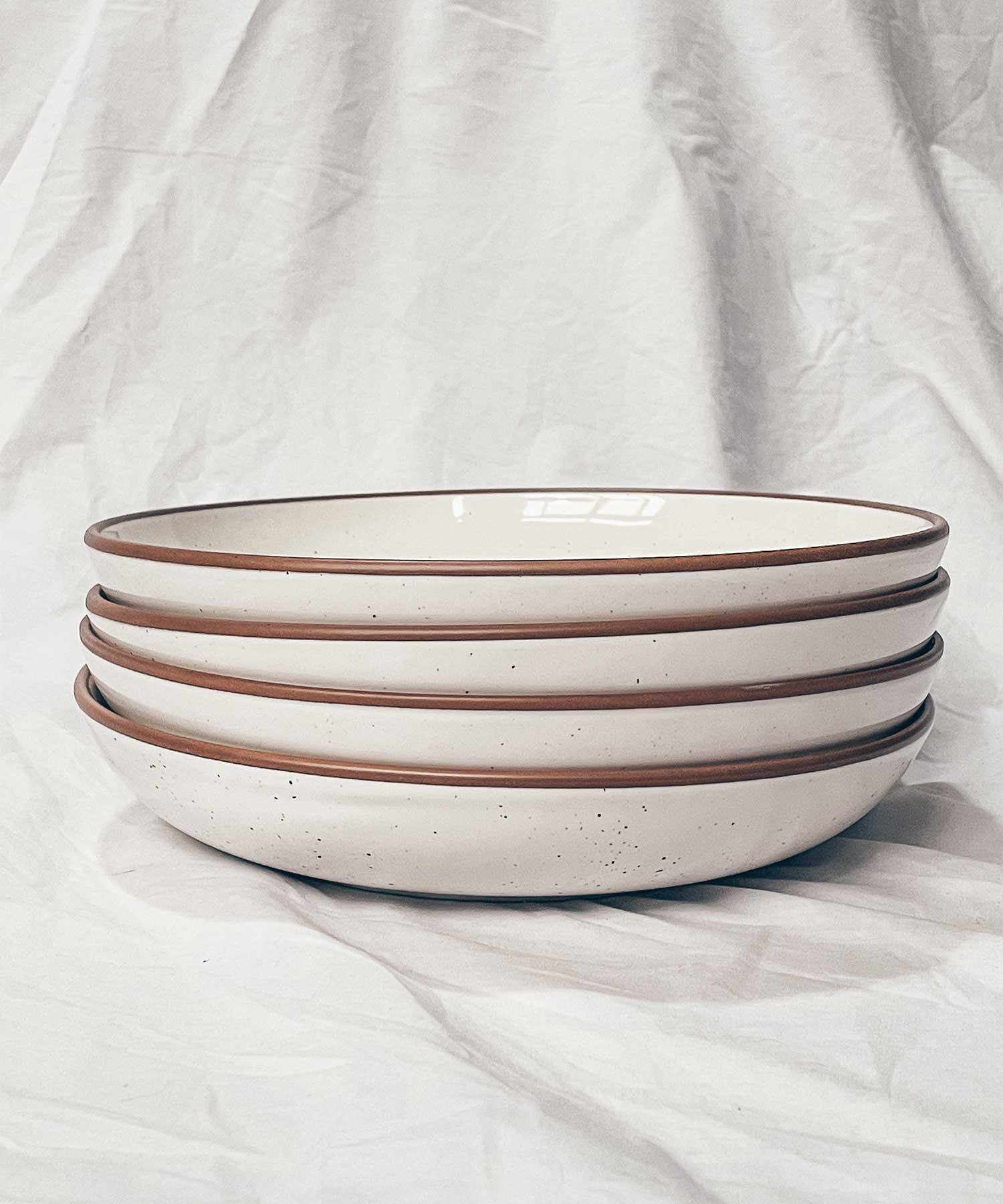 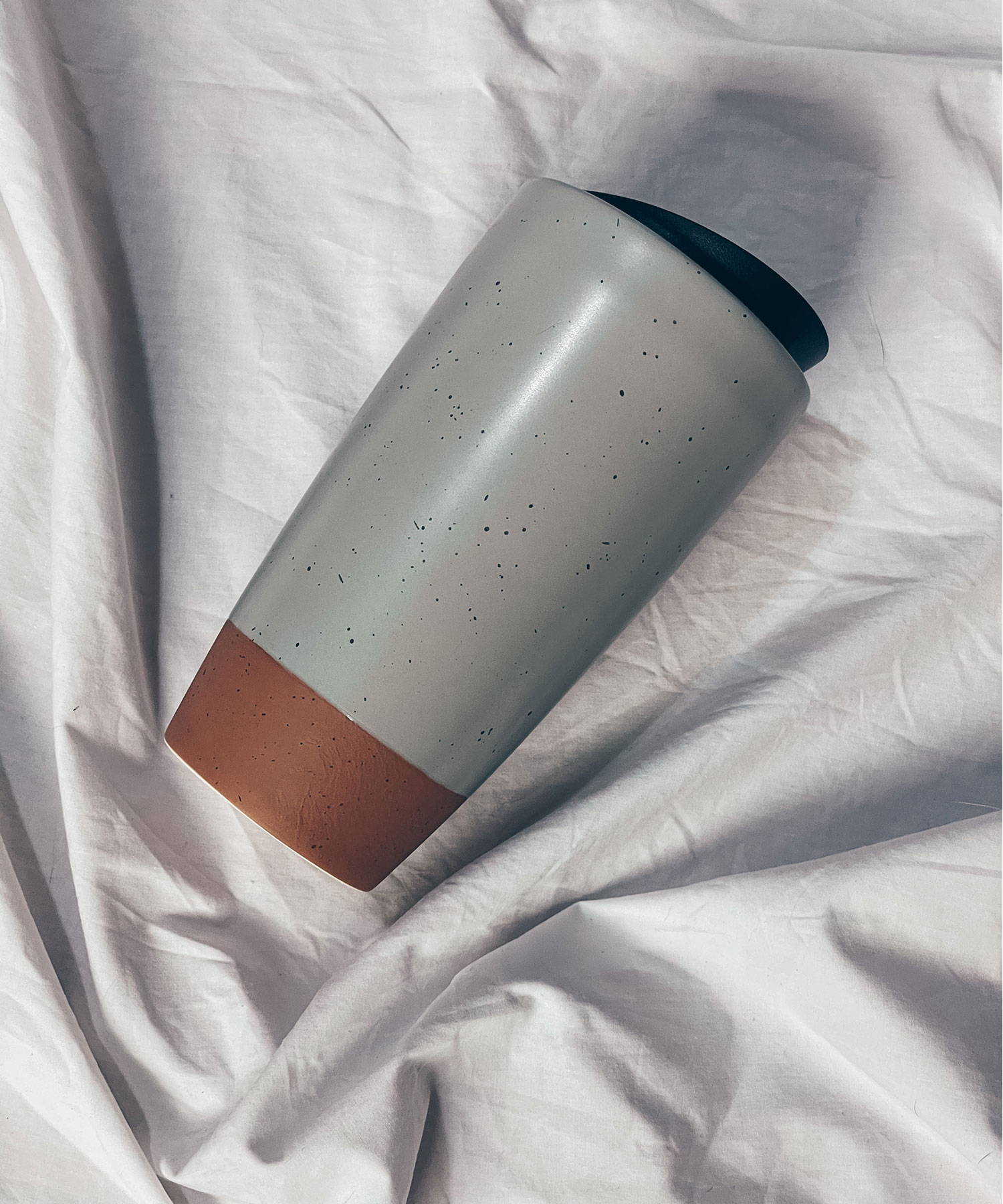 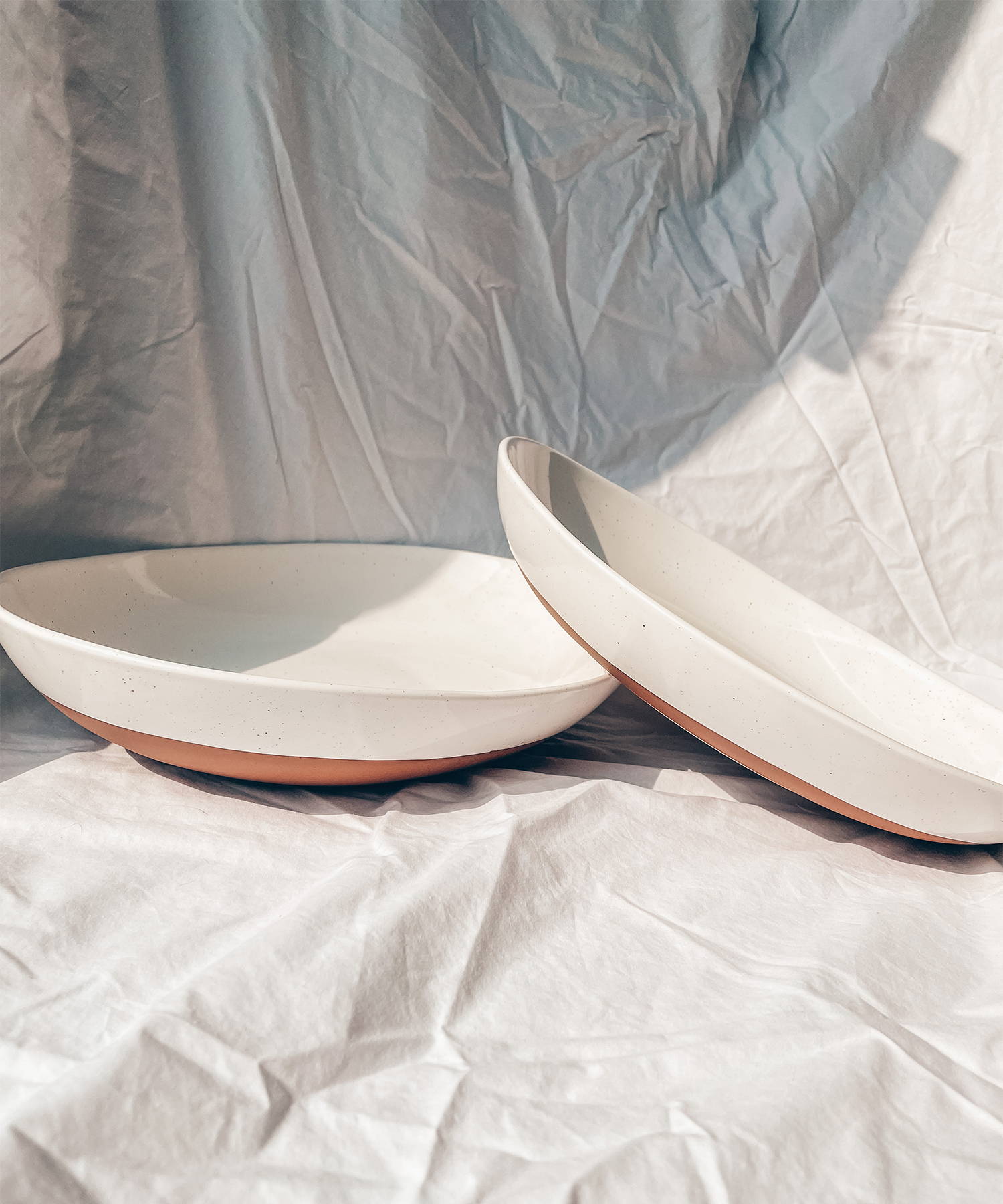 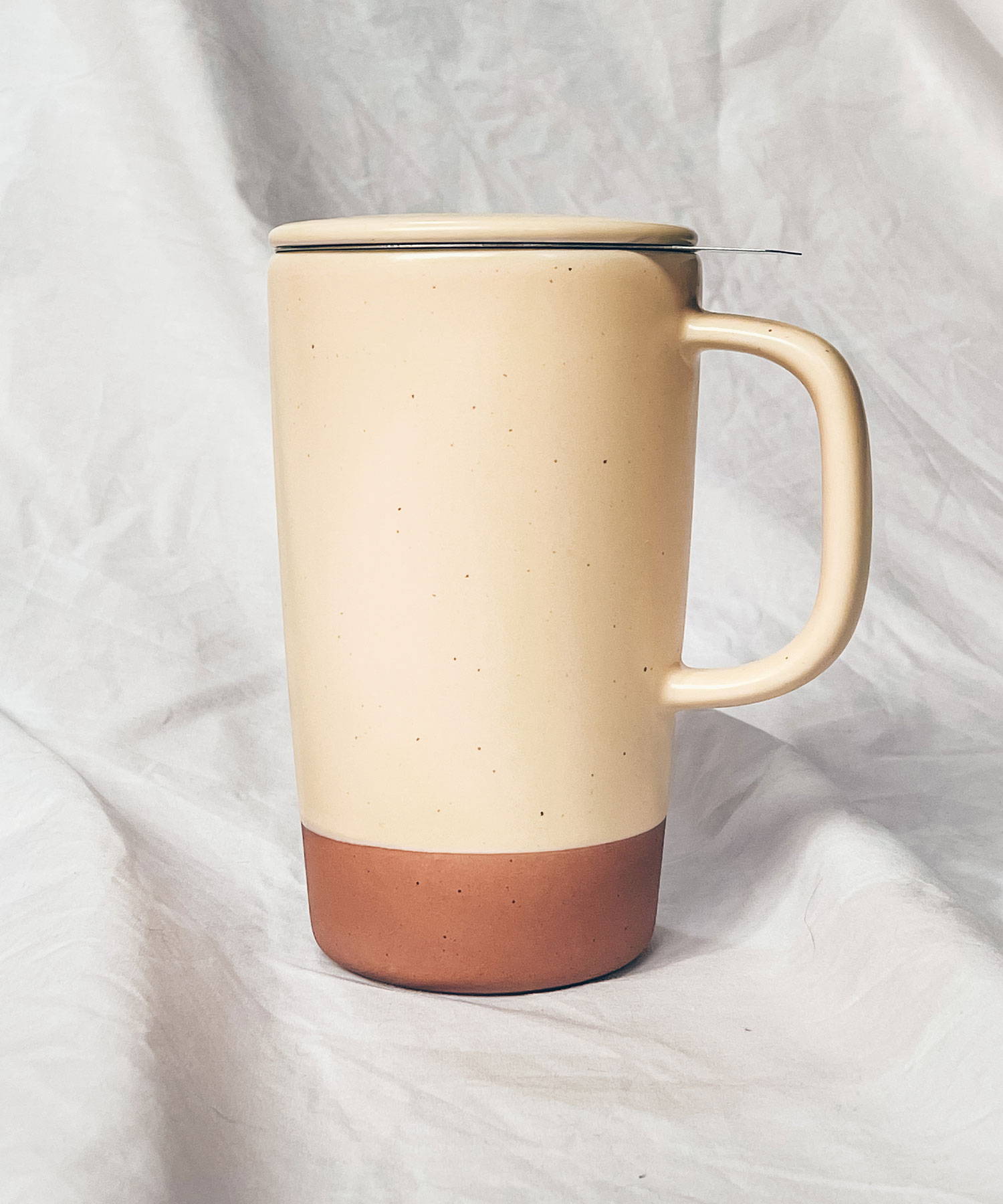 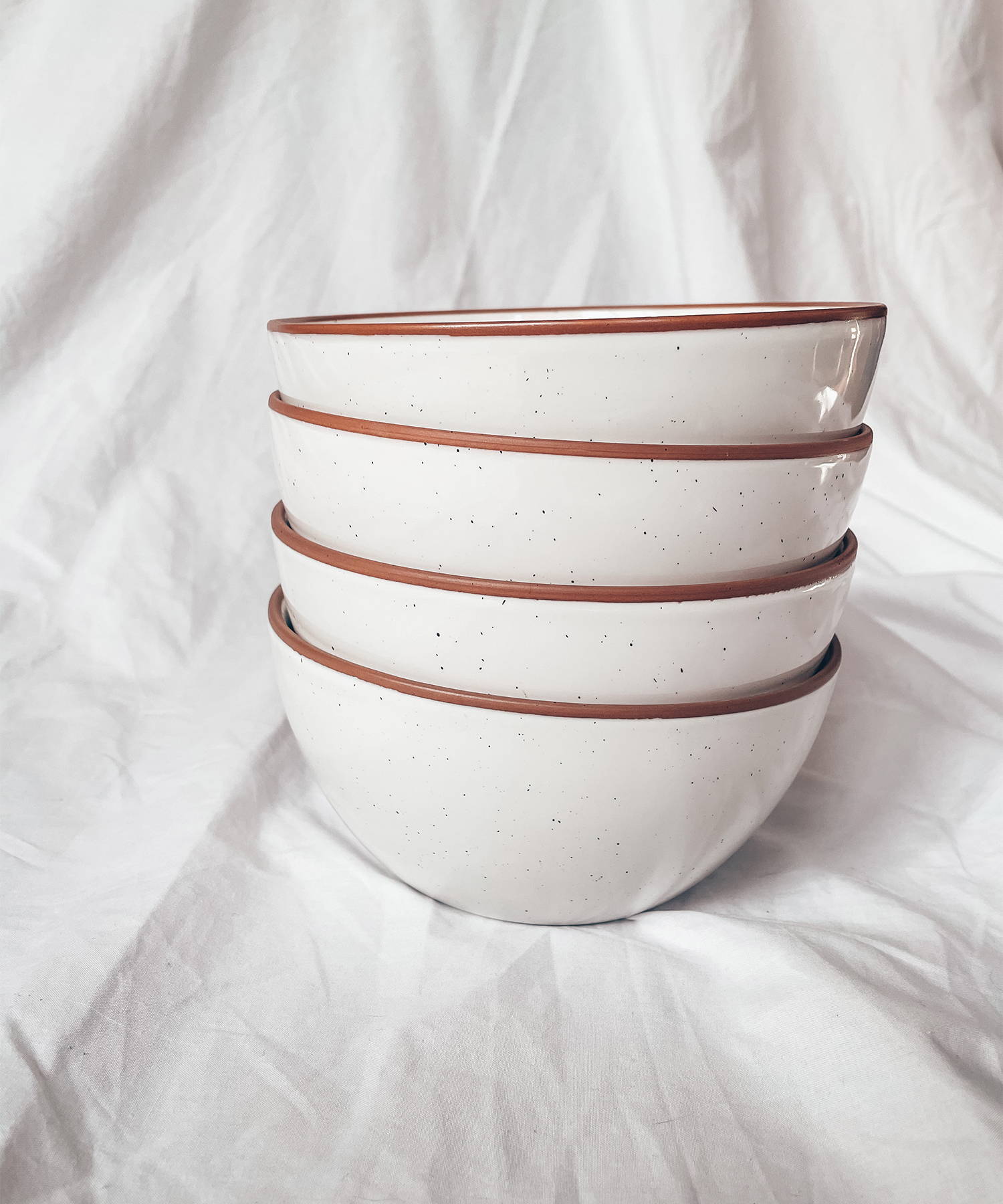 We all know how important sleep is, but why is it for those with sleeping issues, it can be one of the biggest challenges there is? Let's dive into some unique tips for falling asleep including Traditional Chinese Medicine (TCM) and the acupressure points they massage to induce sleepiness. I'm excited to share with you what I've learned and how it has helped me.

This ancient Egyptian method for hair removal has lasted this long for a reason. It is relatively easy to use with the right technique and better for the body. Clean-up may still be a little sticky but it comes right off with a little hot water. You can purchase sugar wax at many local beauty supply stores such as Ulta. You can also make your own sugar wax mixture at home with just a few simple ingredients. I’ll share a recipe that works for me.

Self-Care and Skin Care: Ingredients - They're Not as Intimidating as They Seem

Welcome to Season one of my self-care series: Physical Self Care. This week I will be talking about skincare, something I'm really excited about. Apparently you guys are excited too, because in my poll on Instagram 88% of you said you wanted to learn about ingredients with me. I feel like within these past 4 weeks, I've already developed better eating, sleeping, and exercise habits (take a look at my previous blog posts for that information) and I'm ready to move onto something really fun, but also really important; our skin. A person's face is usually the first thing someone sees on a person. It can be the culprit of poor self esteem, or it can be something someone is proud of as they walk the streets. As I've gotten older, I've started to want to reach out into the world of skincare. But getting started can seem somewhat intimidating. Active ingredients, Acids, niacinamides, alcohols, what is safe and what is harmful? Can we really shrink pore size? Can wrinkles really be prevented? Lets first go through the basics and work our way up.